Interested in one of the titles below? Click the image to go directly to amazon! All titles that are live are free to KU users! 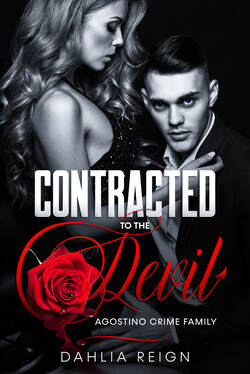 Book One: “My name is Lucky, but my associates know me as il Diavolo because I am the f*cking devil."

Lucifer Agostino is the eldest son of the Agostino Crime Family in New York City. Tall, dark and handsome but his blue steel eyes do little to hide the devil lurking inside. No one messes with his business, his family or something that belongs to him.

And Mirabella Moretti just so happens to be that something.

​A contract between families be damned—he owns her heart and soul. But when one of Lucky's enemies sets their sights on her, they will quickly learn that the rumors of il Diavolo are true.

However, the question is.... can he save her in time?

And will Mirabella be able to survive il Diavolo without getting burned by fire and brimstone?

Book Two: They call me il mietitore because I am the Italian fucking grim reaper.

He’d spent his youth fighting to survive, a kid forced to strip down to the most innate and basic of instincts. The doctors were quick to label him a psychopath, a diagnosis as damning as his cold, dead heart. Manifesting amoral and antisocial behaviors, he grew into a man incapable of expressing love. Instead, he fed on vengeance, bloodshed and the pleas of weaker men.

Apollo Deluca wasn’t born into the Agostino Crime Family, but his salvation soon turned into theirs. He became the right-hand man to the Devil himself—just as clever and twice as twisted.

When a new adversary threatens the Family, and more specifically the eldest daughter to the New York City crime boss, will Apollo be able to overcome his inner demons in enough time to save her body and her heart? Or will Sienna Agostino fall victim to his dark past, destroyed by his sins and left in the shadow of a man who can never return her affections? 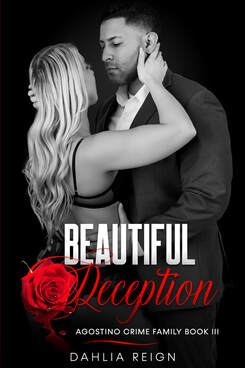 ​I was taken from the comfort of my own home and subjected to hell. Even after I escaped, I was never free… Not from my captor, and not from the voices he left inside my head.

I was hunting for answers that pointed to a grave, though the question hung in the air: who was at the bottom of those six feet?

And this is my story of filthy sex, dangerous revenge, and broken hearts. Don’t cry for me; they didn’t. No, cry for those who cross my path. 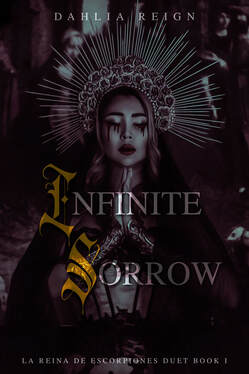 ​Book One: I had daddy issues.

Everything up until my untimely death was orchestrated by my father’s hands. Or my own, in my hard-driven attempt to gain vengeance.

He was the head of the cartel. Then, with the flick of a traitorous finger, I witnessed my parents execution—the catalyst for my chaotic future. And from the shadows, pillared by death and coated in blood, La Reina de Escorpiones was born.

My head and my heart were shrouded in the darkness of my past. However, years later, as my plans came to fruition, the seditious organ in my chest sparked to life.

The question was: which son was the kindling? The eldest? The youngest? Or perhaps the fellow orphan? 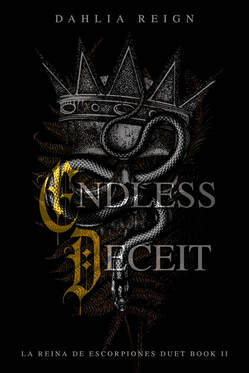 ​Book Two: She had daddy issues. And it was because of her daddy I’d ensure her sorrow was infinite.

He was the head of the cartel. Until he stared down the barrel of a traitorous gun and thus, La Reina de Escorpiones was born.

I knew nothing other than surviving darkness, thanks to my past. Over a decade ago, I was nothing. A damaged boy with little hope for more. Then a little girl with eyes so bright decided to pluck me from the chaos and introduce me to her father.

She was falling victim to an imitation of love, wondering which of the brothers she was destined to bed.

​She looked to me to be her hero. But all she did was rip my heart from my chest, with one decision after another. She’d seek solace in my embrace, only to learn that my grip was lethal—my deceit, endless.
Powered by